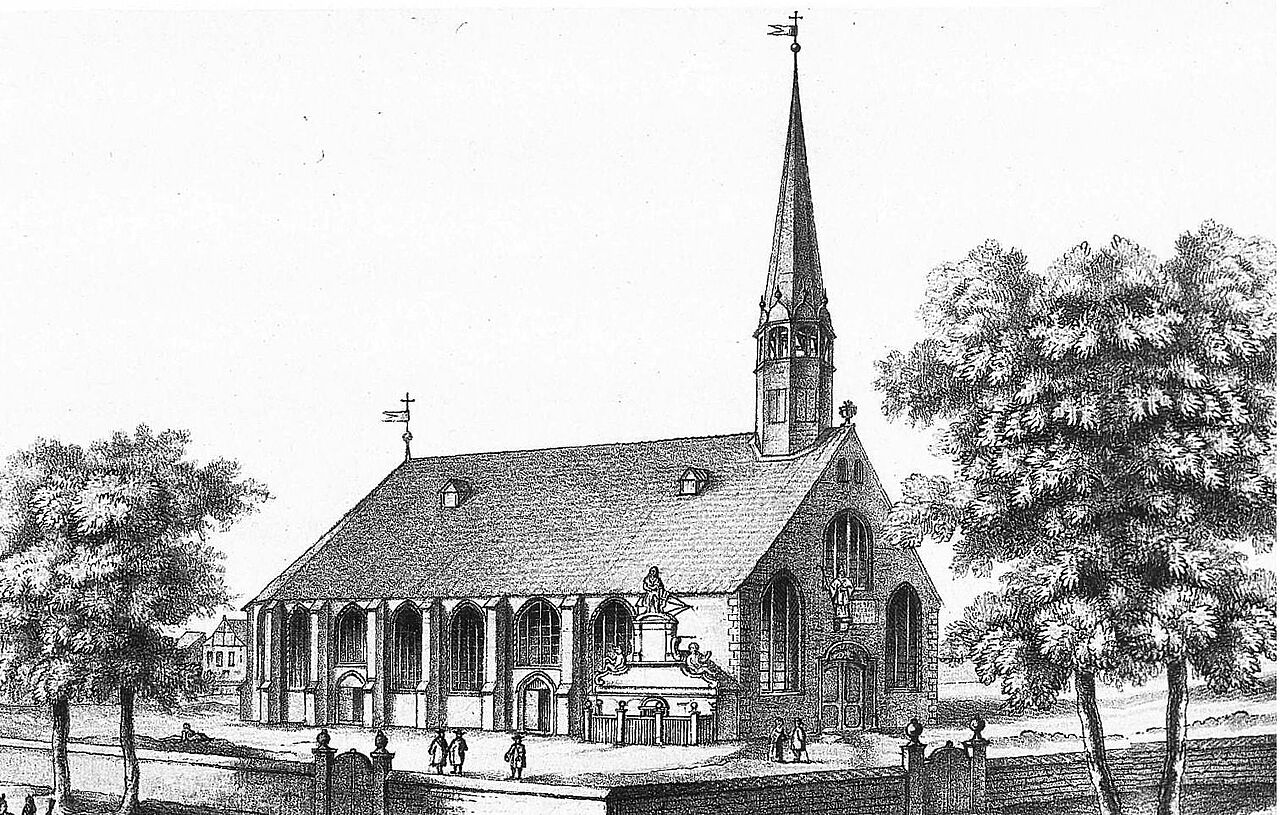 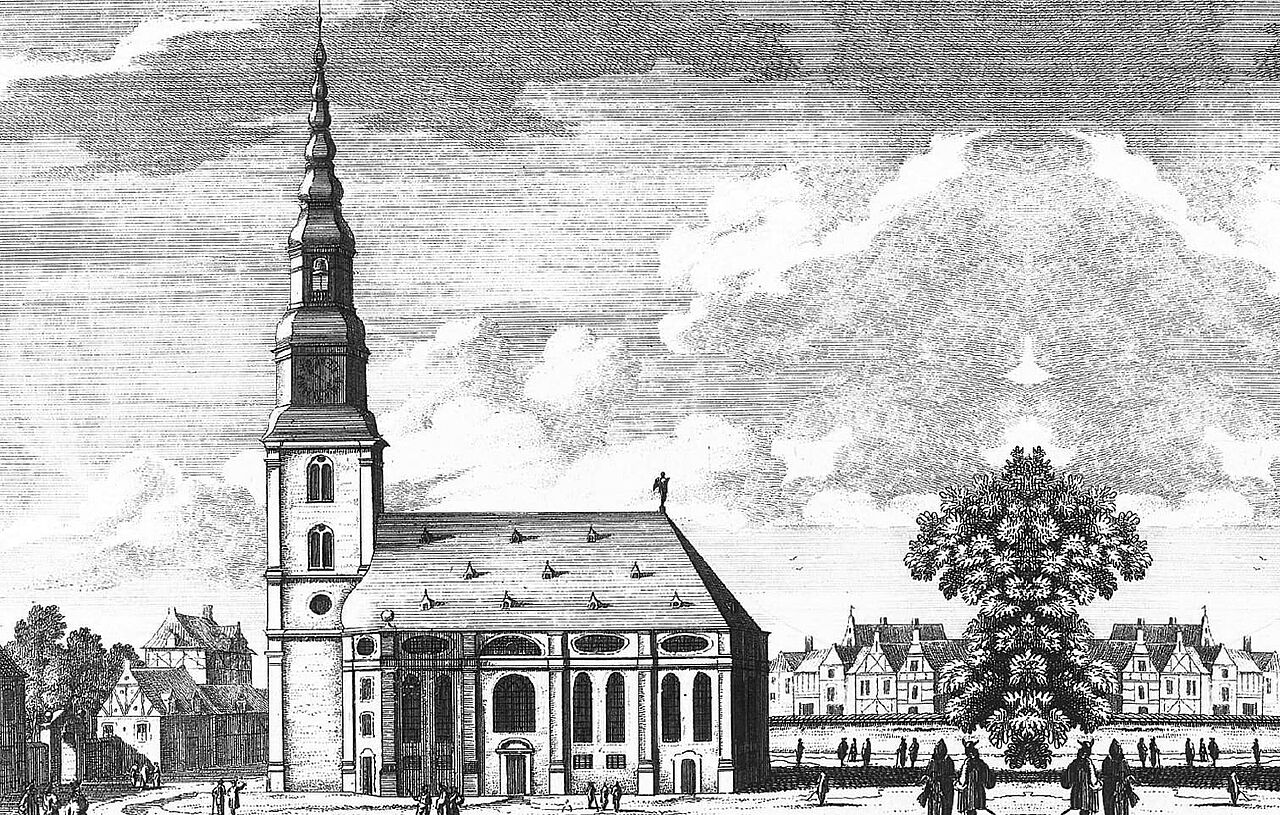 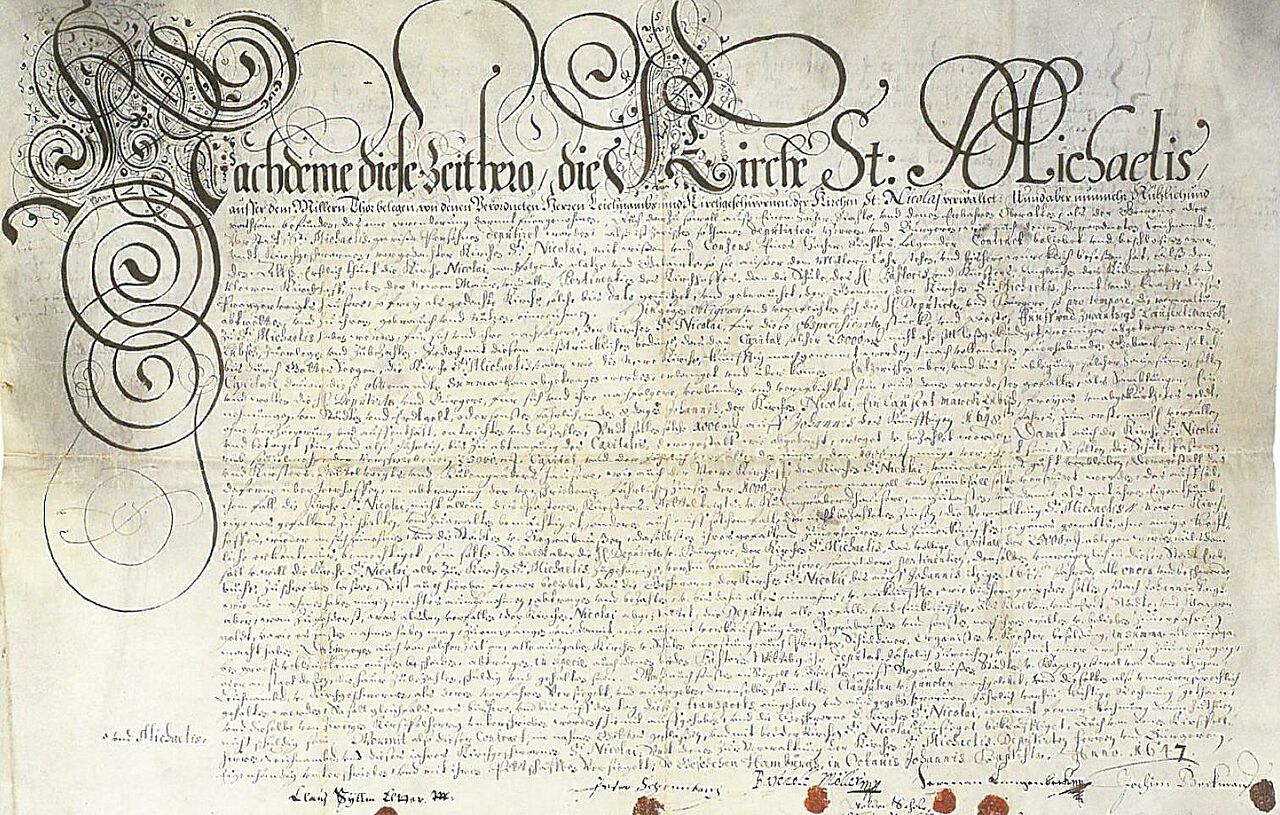 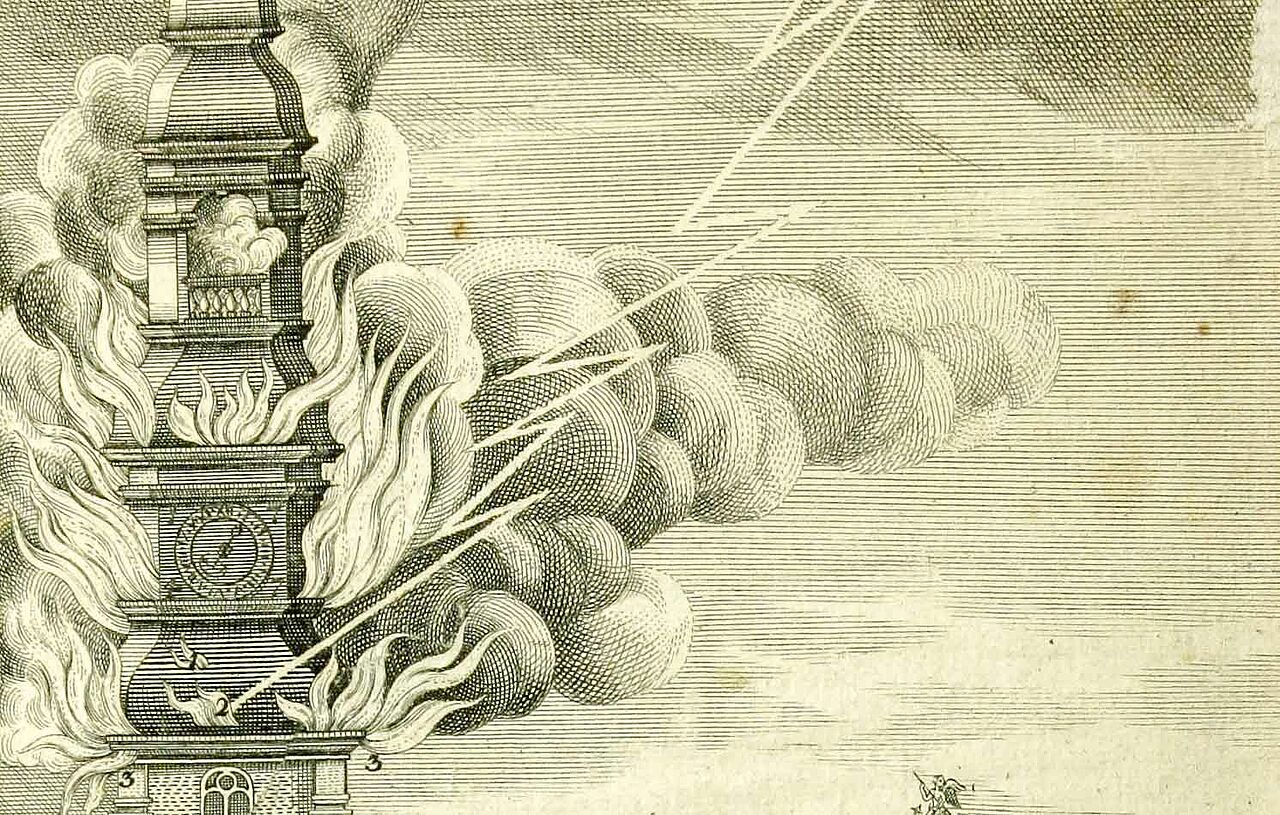 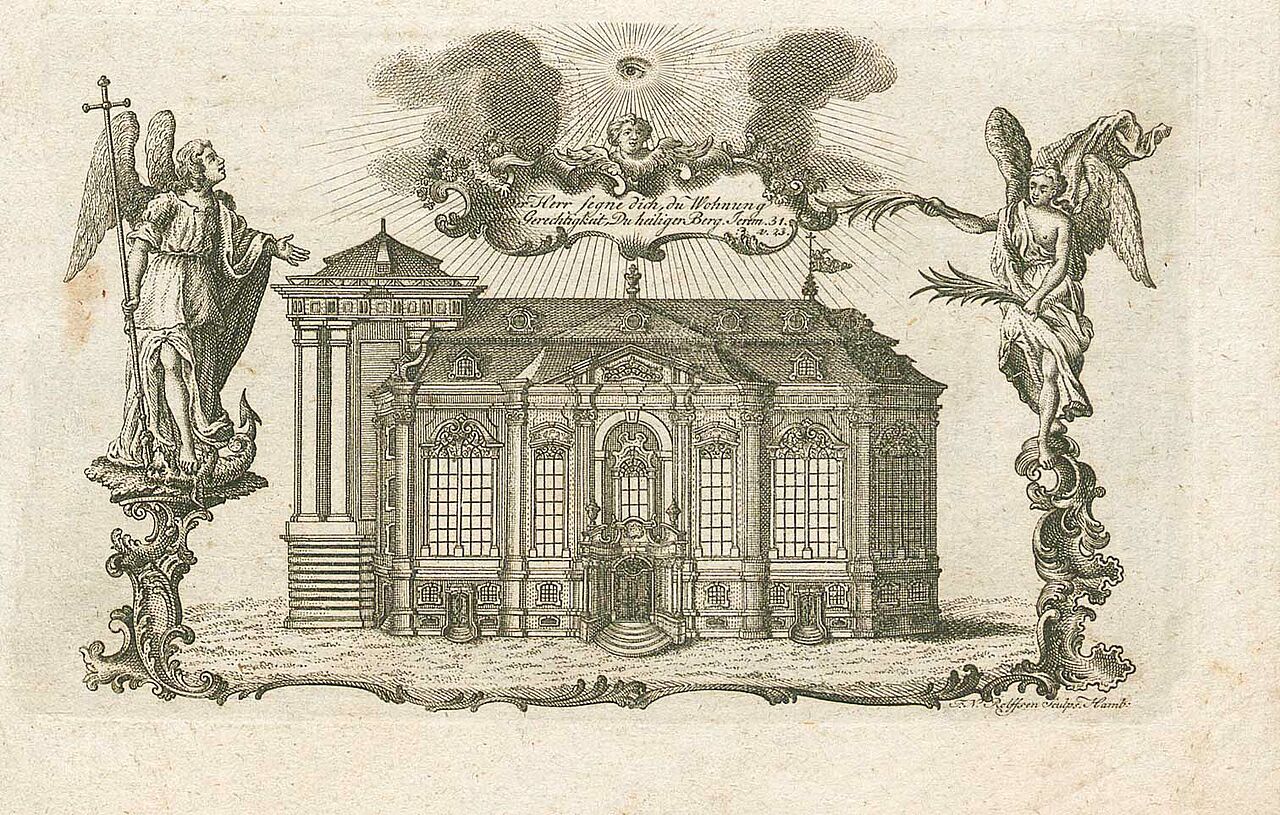 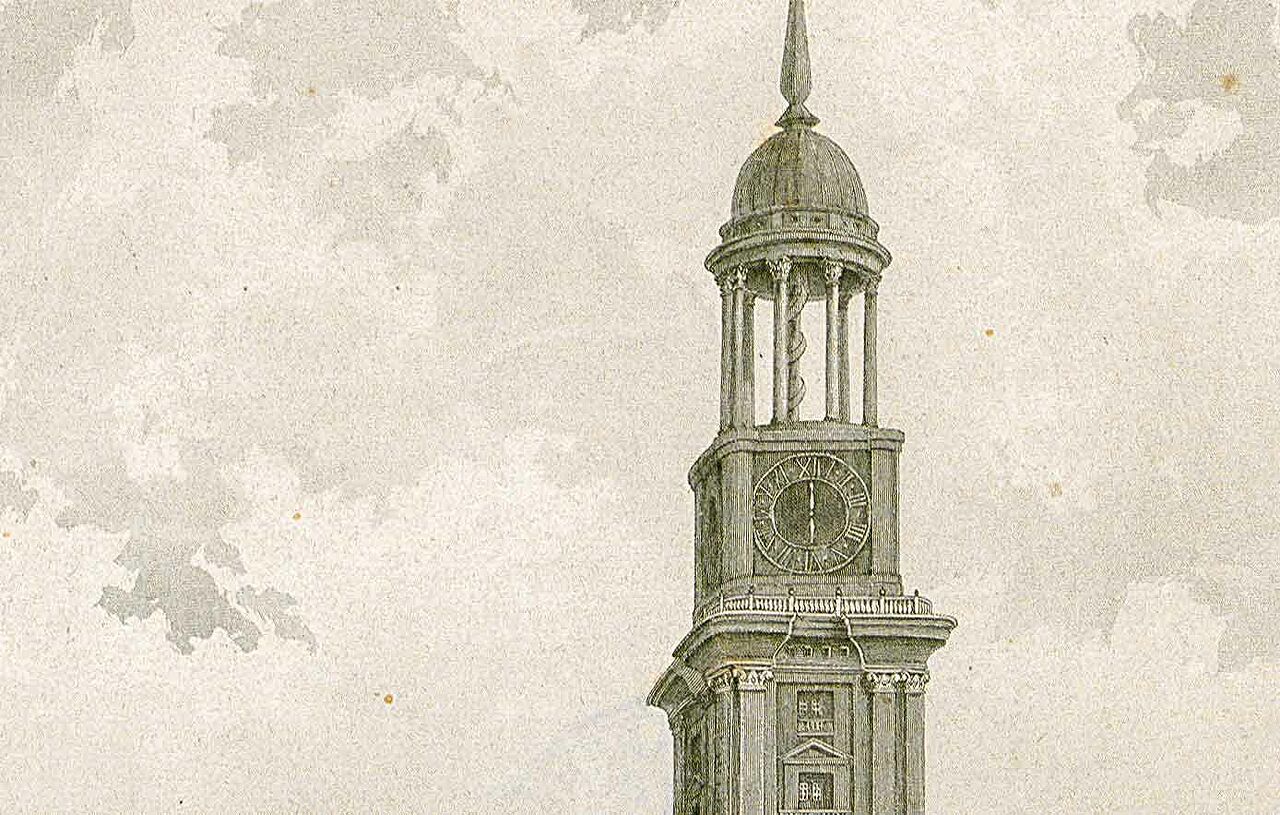 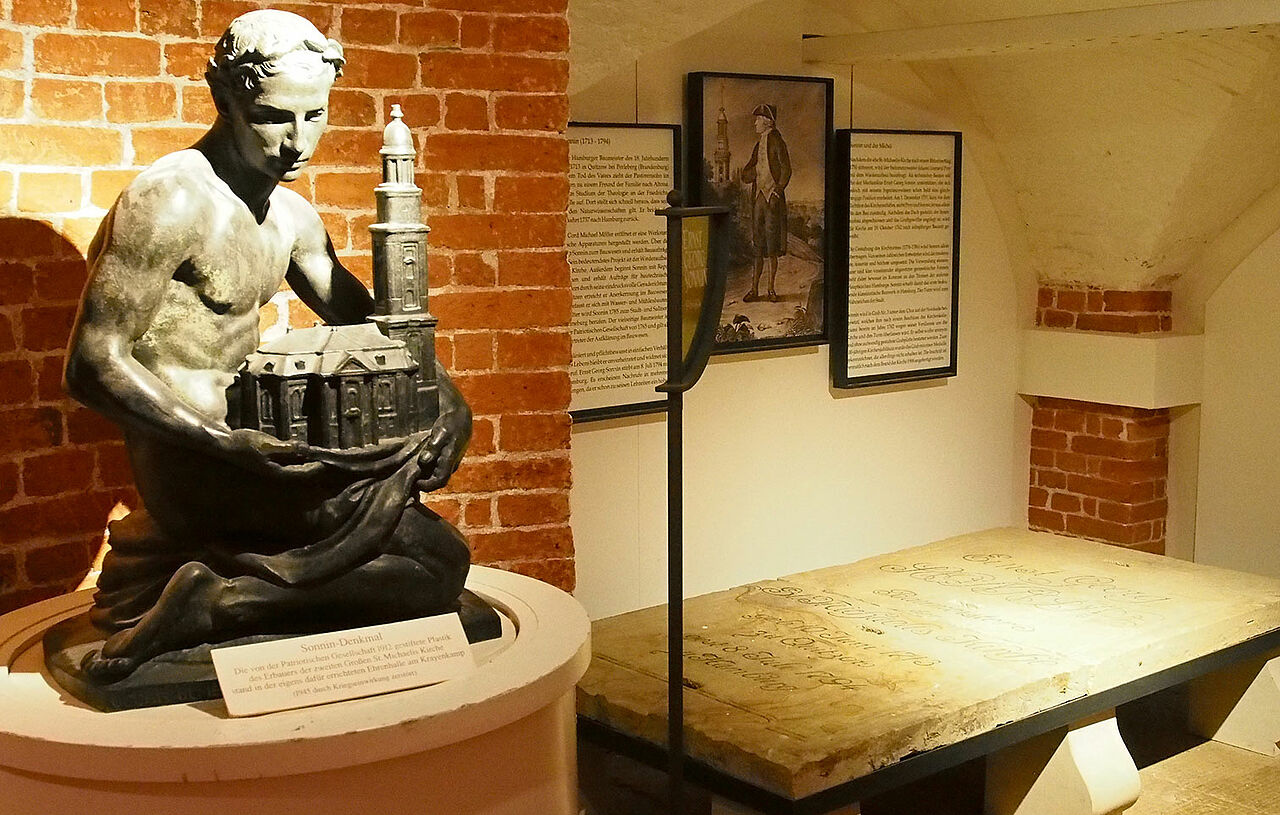 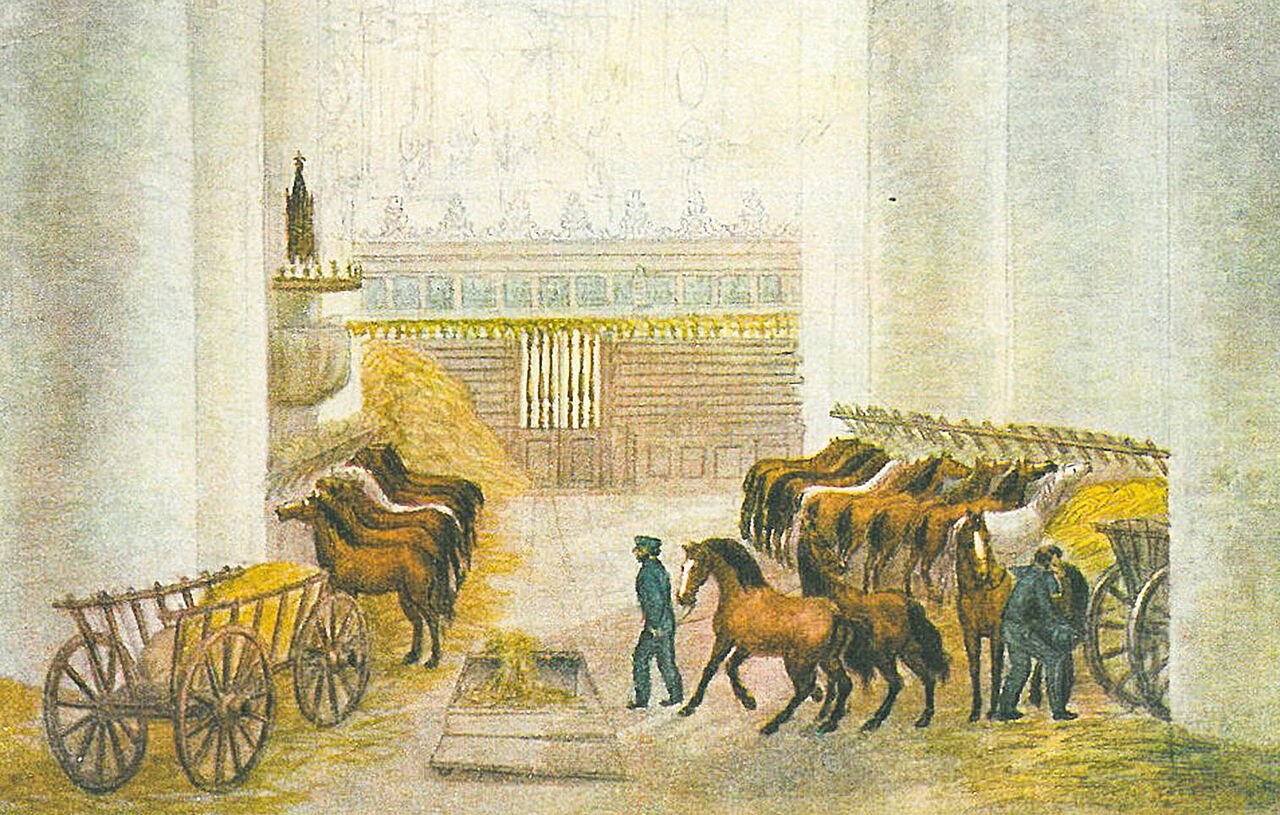 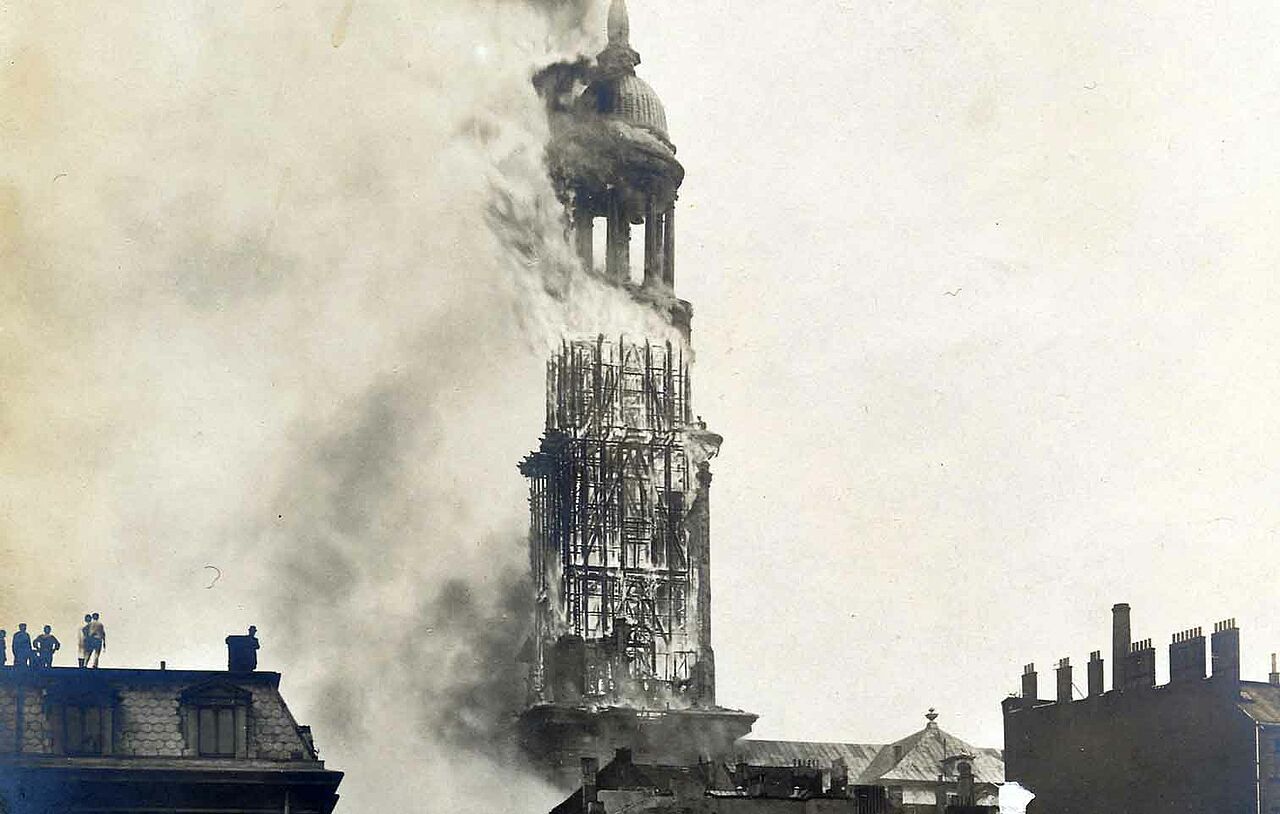 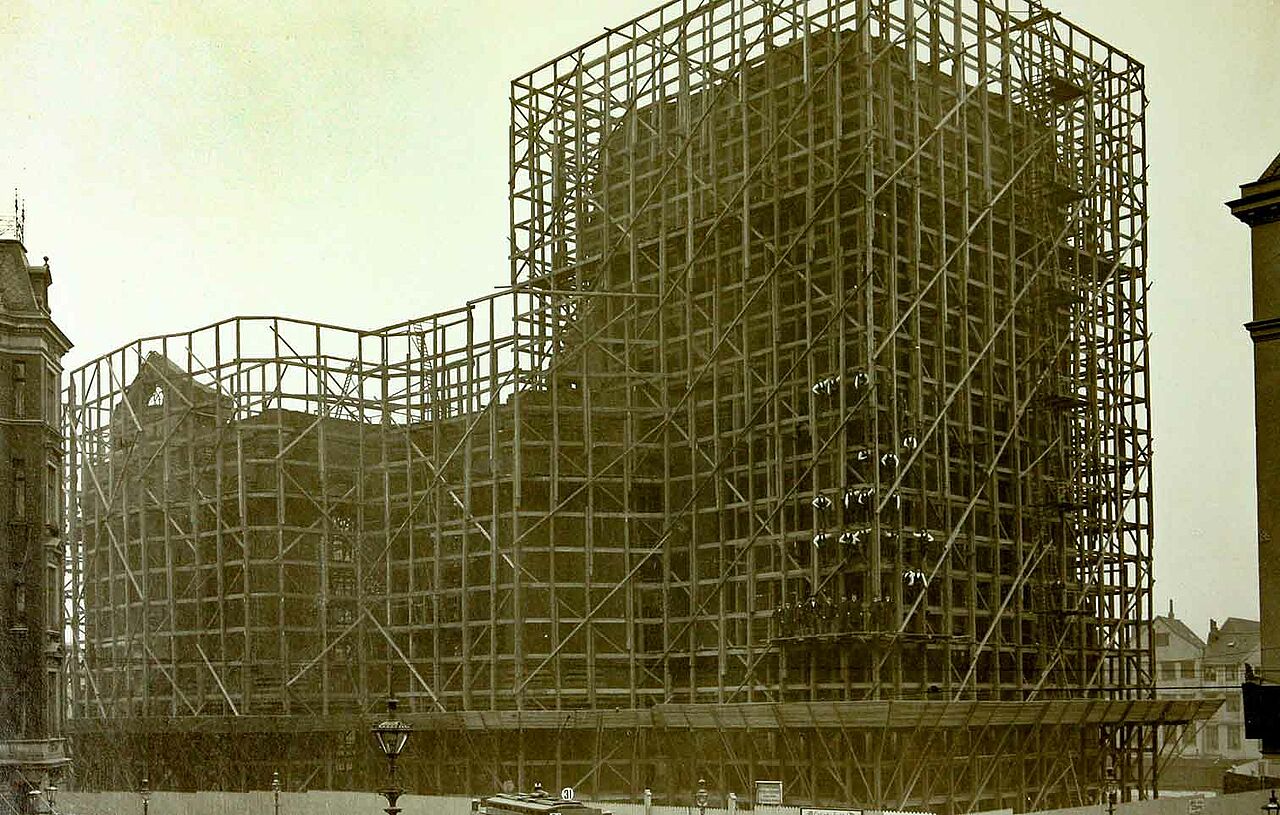 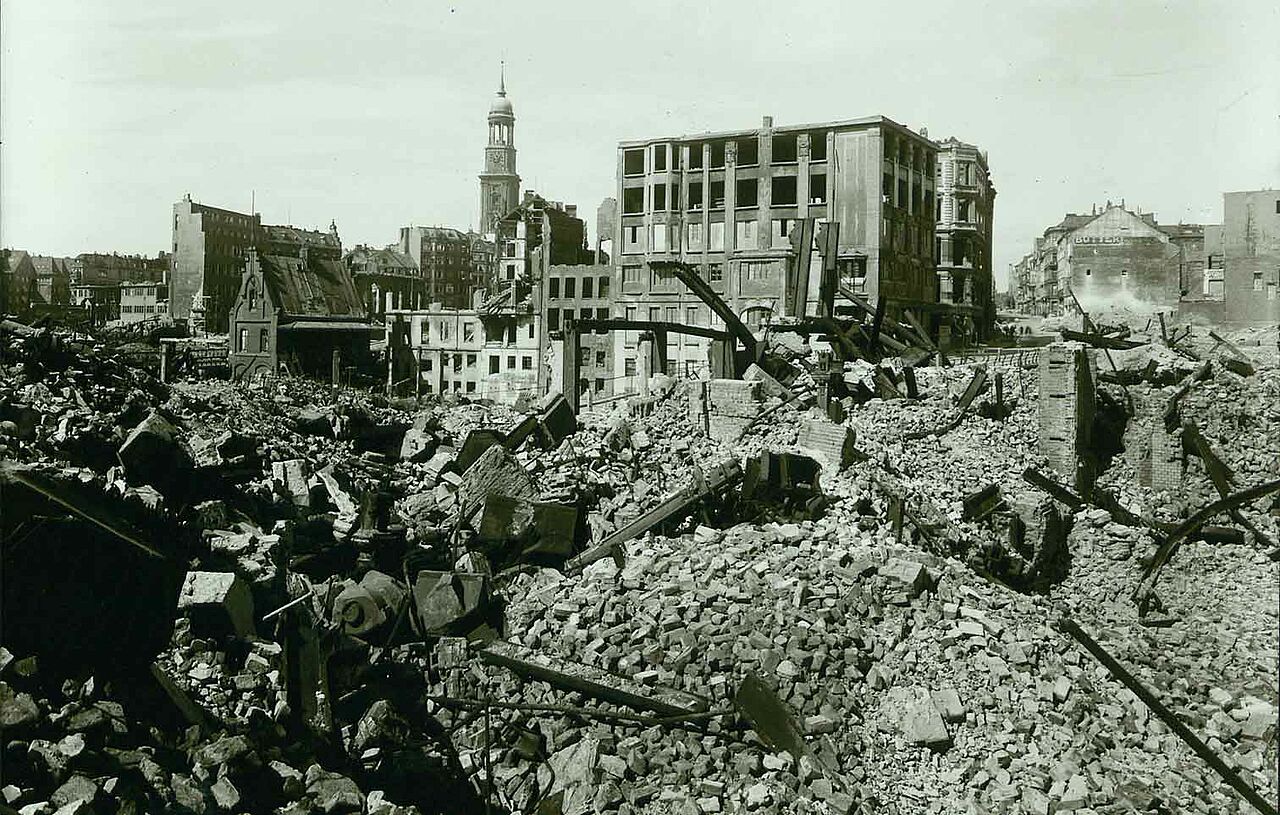 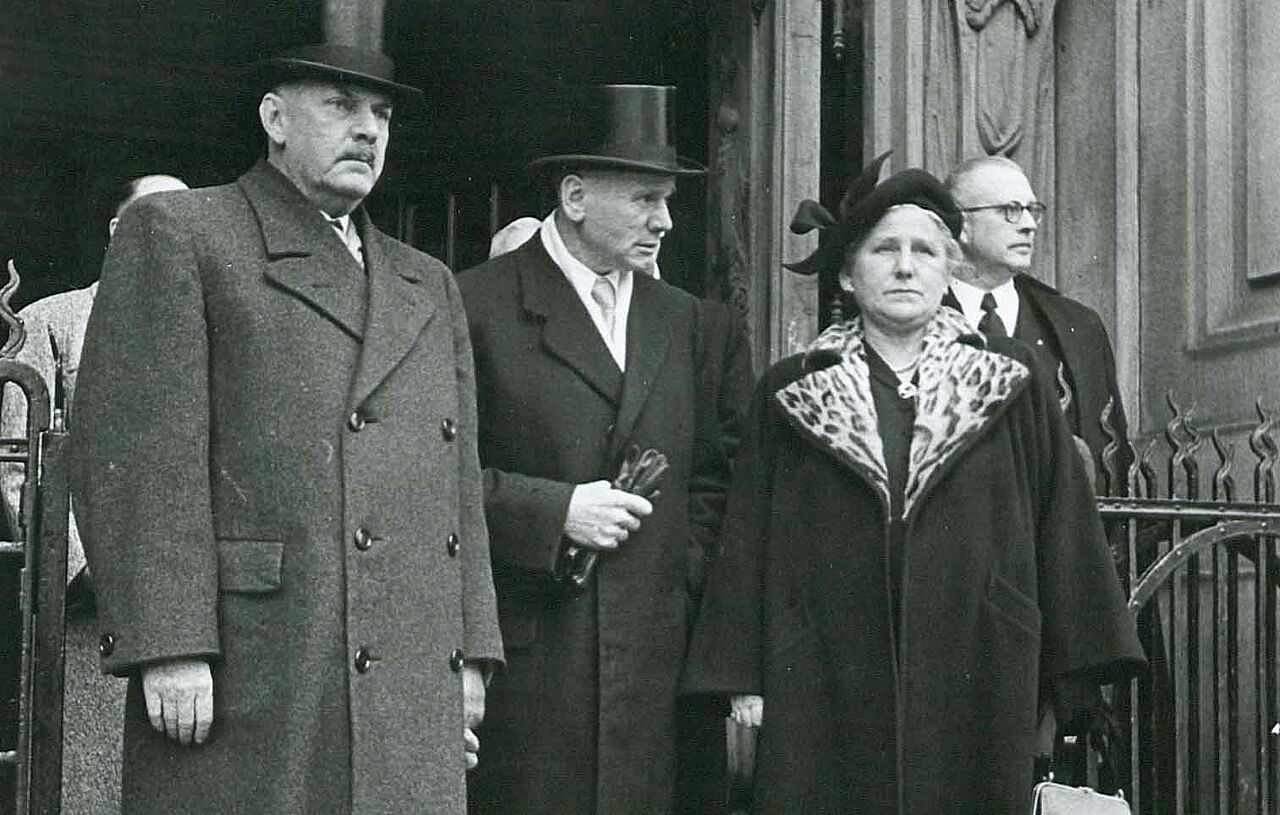 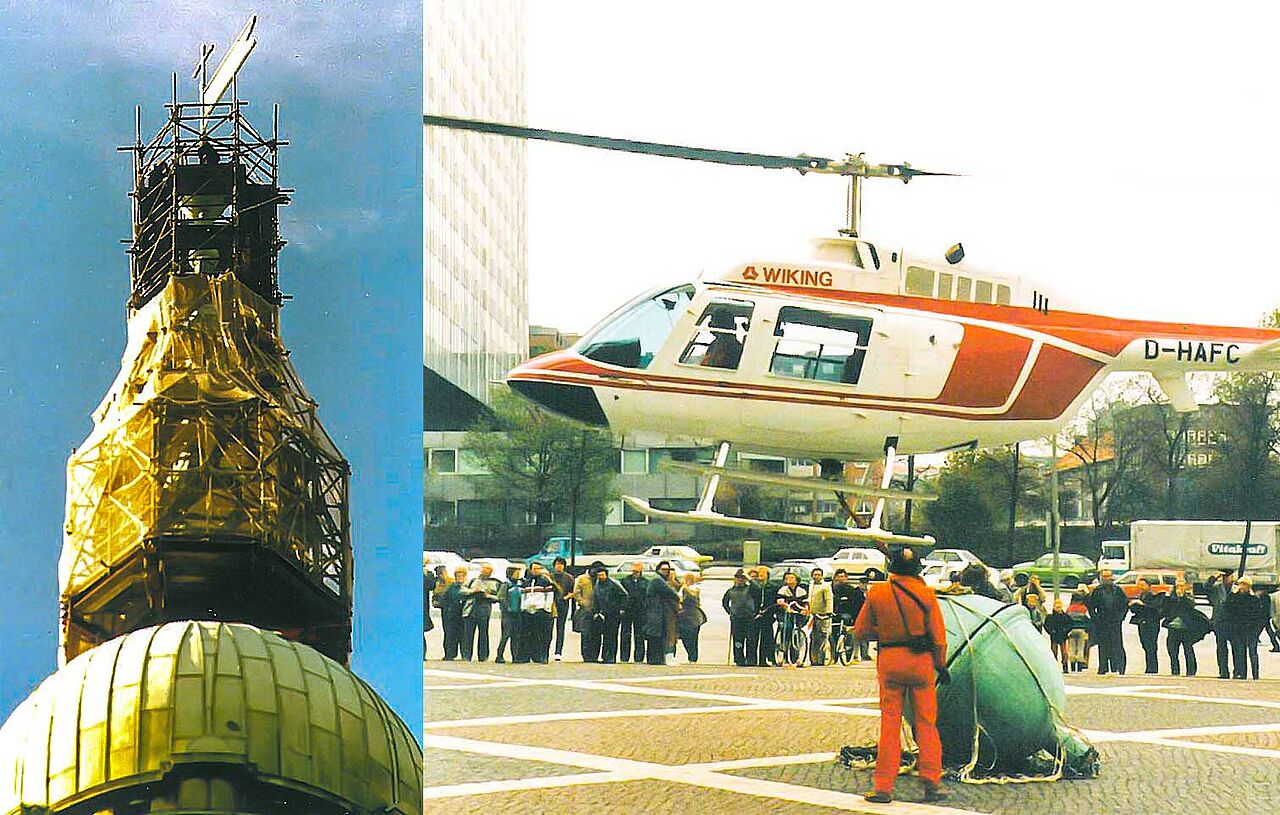 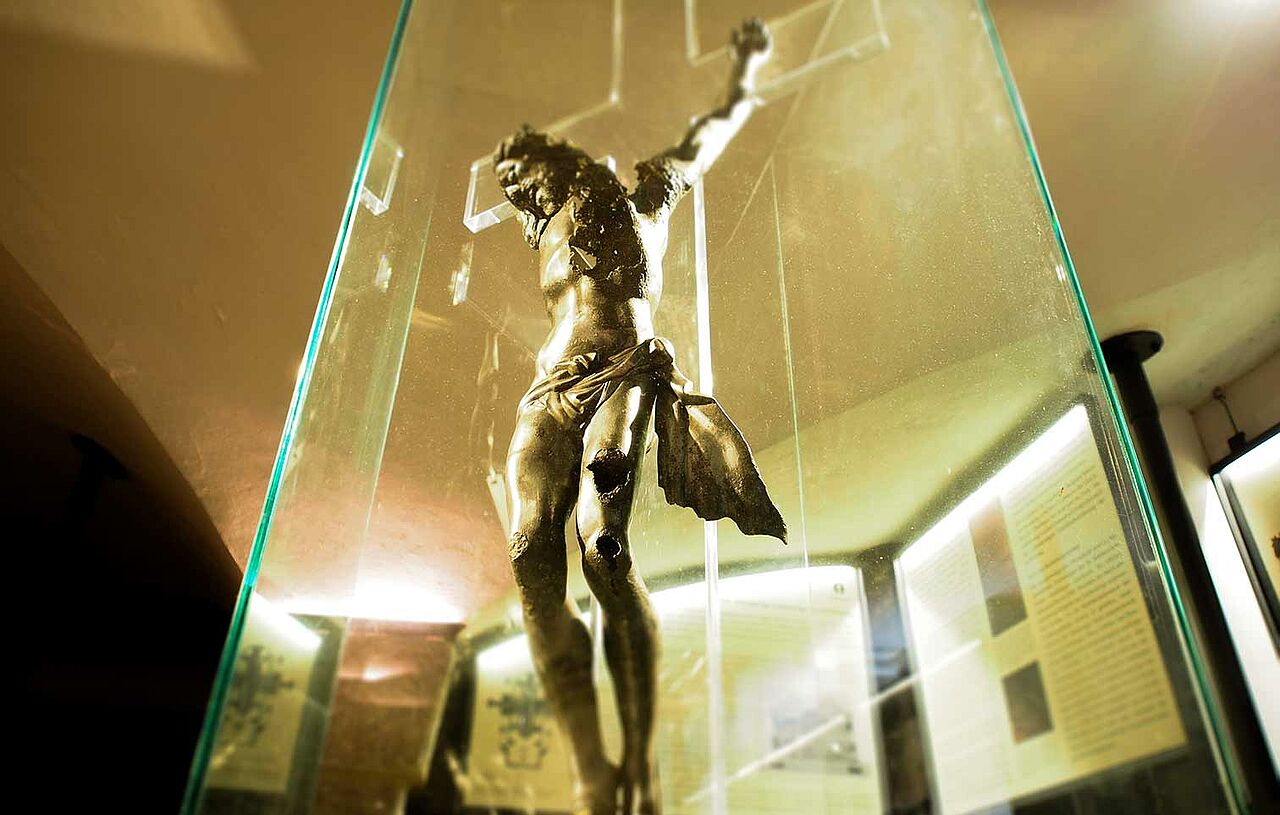 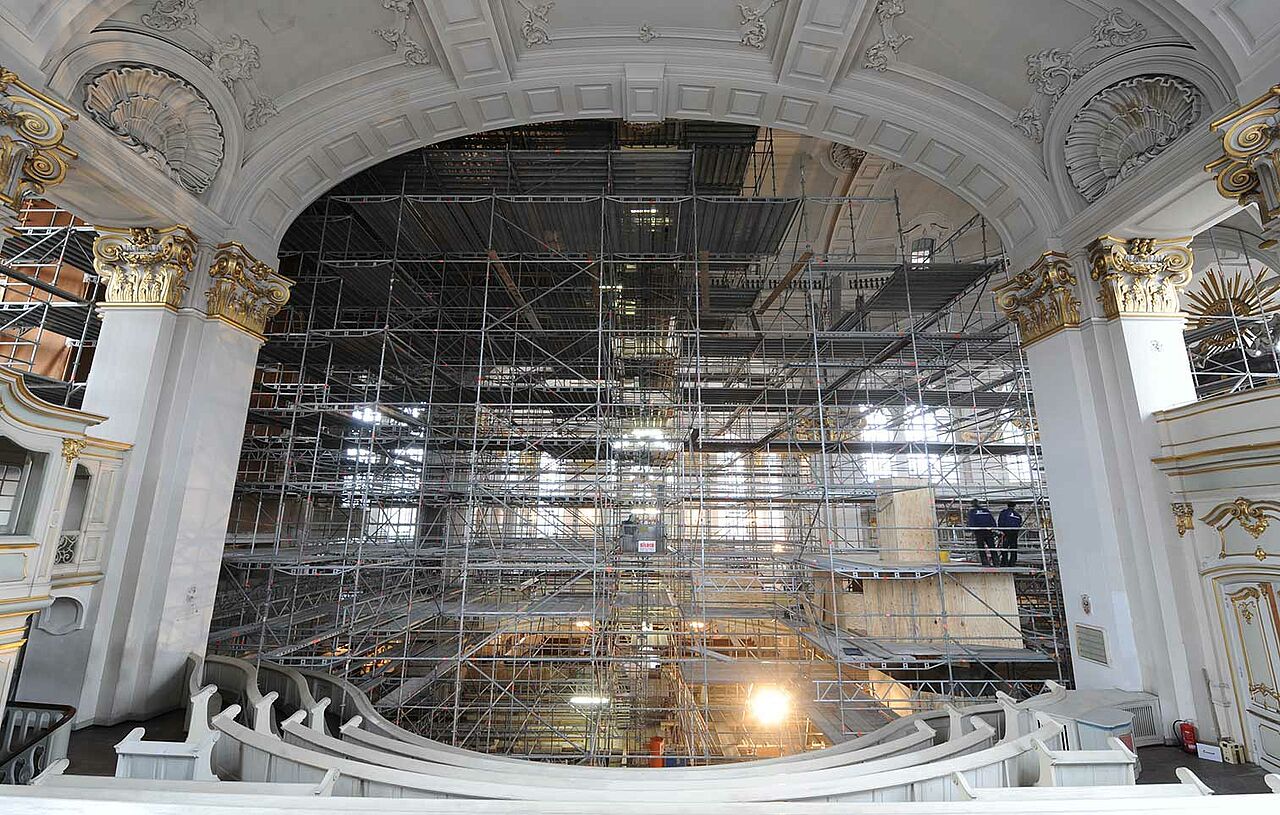 St. Michael’s is the most important baroque church in northern Germany. With its unmistakable copper roof, the church tower is Hamburg’s iconic landmark. Why not discover St. Michael’s for yourself? This unique church is well worth a visit.

1647–1661: In the final year of the Thirty Years’ War, architects Corbinus and Marquard began construction of the first large-scale St. Michael’s church, 200 metres west of the small church. It was located in Neustadt, inside the expanded city limits.

1750: The first large-scale St. Michael’s church was struck by lightning and burnt down.

1777–1786: Sonnin constructed the tower entirely out of wood with the signature copper roof.

1906: Work with a blowlamp in the tower caused a devastating fire and the church was completely destroyed.

1906–1912: Construction of the third large-scale St. Michael’s church. The old plans were used, this time utilising steel and concrete inside the remaining walls. Only the baptism font and offering box remained from 1763.

1952: Reconsecration of the church. Only the baptism font and offering box remained from 1763.